“I help aspiring business leaders understand their unique strengths and values and how to communicate them effectively, in order to achieve their goals and build strong professional relationships.”
– Angela Guido, Career Protocol

If you are worried about taking the GMAT, or just thinking about applying for your MBA, it never hurts to get some sound advice. Take a glance at this interview that Angela Guido gave for FIND MBA, where she shares her top tips for GMAT success – it will really help you to understand why the GMAT is so important and how to improve your score results.

Why is the GMAT score such an important part of the MBA application? 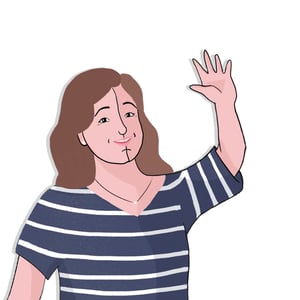 Three reasons. First is that it's the closest thing to an objective measure that they can compare all across the country.

Number two: there are years and years of data that have been generated from the GMAT. And then, of course, from students’ performance. So statistically the GMAT is pretty well correlated with performance in business school, even though anyone who takes the GMAT will think, ‘”this is crazy! What does this have to do with what I’m actually going to have to do in business school? Statistically it does seem to correlate.

So it's useful to help schools contextualize the ability of students to thrive in their program. Actually, I’m going to extend this to four reasons! The third reason is because admissions committees have to make very difficult decisions. Ultimately the vast majority of the candidates are great and they can only admit a small percentage of them. So the GMAT gives them a little bit of a lever to make tough calls sometimes.

And then finally I think, unfortunately, the GMAT has become relatively more important in recent years due to the rankings and schools’ need to preserve and I think advance their reputations via the ranking – one input into the rankings are students' GMAT scores.

So where schools might prefer to be a little more generous with their judgment, I think some of them probably feel that their hands are tied with respect to the rankings. So, for better or worse, the GMAT matters quite a bit in the process.

So if someone has decided they want to have a crack at getting into business school. They might be feeling a bit overwhelmed. Where do you recommend people start when it comes to the GMAT? Should they go buy a book? Should they talk to people first? What do you advise?

I think the first thing I would suggest anyone does is to take a practice test. Go in cold, take the test and see what happens. In my experience, most people do badly.

I have a lot of experience working with people to improve their test scores both in a class environment and one-on-one. And it's quite common, with the right work, to improve your score from your first cold test to your final test by 100 points or even more.

If you're targeting a school and you know that you need to have an above 700 score to be competitive and your practice test is a 580, then you know you have a lot of work to do and you're probably going to want to invest in a class.

On the other hand, if you're close – let’s say you want to get a 720 and your first test is 670 – well a 50-point jump is not that hard if you're starting cold. Then you might just buy a set of books and study on your own first. That might be your first step.

The benefit to studying on your own is that it's self-paced, which means if you're close to where you want to be and you can work really fast, say if you've got a lot of time in the coming two three weeks, then you can make quite a bit of progress on your own. The downside to studying without a class is that you lack the discipline, you lack the direct teaching, you lack the regular pace. And the GMAT is not everybody's favorite thing, so it can be very good to have the accountability of a course and the dedication of the instructor. I obviously have a preferred program, and that's Manhattan Prep, but I think what’s important if you're looking for a class, is the caliber of the instructors and the caliber of the curriculum.

So the further you have to go to reach your target score, the more you are going to need to learn and re-learn the content of the test, not just tips and tricks.

If you're more than a hundred points away from where you want to be, most people haven't done geometry or trigonometry or algebra since they were 18 or 19 and so really refreshing those concepts will be an important part of gaining over 100 points on the test.

When in comes to GMAT preparation, is there a common mistake you see candidates making, or something they regularly overlook?

So back when I was one of the people who would do the exit conversations with people who had gone through our course and taken the exam and not performed up to their standard. I did hundreds of those calls so I got to see people who had spent a lot of hours working on the test and ultimately were not where they wanted to be. The number one mistake I saw was people underestimating the importance of doing real timed practice.

You also need to practice for the test itself. Questions written by anyone other than GMAC are not the same. Students really need to get the official guide. You can buy the last two or three generations and there's some overlap in questions but there are a lot of differences. Doing actual test problems under timed conditions – and you can do this yourself with a stopwatch – is really important because being able to solve the problem is worthless if you can't do it in roughly two minutes’ time.

Another big mistake I saw was people aiming for quantity over quality. So I'm saying you need to do actual official practice problems and that's true, but don't do 100 problems and only do them and never review them thoroughly, because you're ultimately not learning anything. So I would strongly prefer my students do 20 problems and then spend 40 minutes reviewing them really thoroughly and in depth rather than using that same amount of time to solve 60 problems.

Could you give us a brief overview of the consulting services you provide to MBA applicants and your other professional work?

I help aspiring business leaders understand their unique strengths and values and how to communicate them effectively, in order to achieve their goals and build strong professional relationships.

I do this with MBA applicants through Career Protocol, where I help guide applicants through a complete process of self-discovery and professional storytelling so that they can gain admission to top MBA schools. And I do the same with young careerists, helping people advance their careers within their organizations or through job transitions so they can achieve more purpose and joy in their work.